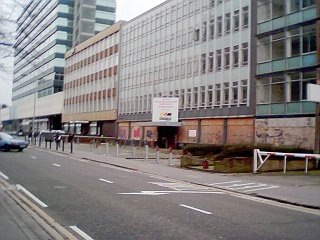 A Harbinger of Doom

It is reported that vultures have been spotted circling the skies above Croydon.

These scavengers are seen as harbingers of doom.

I wonder if they are trying to tell us something?
Posted by Ken Frost at 4:11 AM No comments: